Swicofil, your expert partner for linen / flax fibers and yarns.

The fiber is obtained from the stalk of a plant (Linum Usitastissimum - literally translated "linen most useful"). It is between 80 - 120cm high, with few branches and a small flower, of a colour which varies from white to intense blue and blossoming for one day only.

Common flax was one of the first crops domesticated by man. Flax is thought to have originated in the Mediterranean region of Europe; the Swiss Lake Dweller People of the Stone Age apparently produced flax utilizing the fiber as well as the seed. Linen cloth made from flax was used to wrap the mummies in the early Egyptian tombs. In the United States, the early colonists grew small fields of flax for home use, and commercial production of fiber flax began in 1753. However, with the invention of the cotton gin in 1793, flax production began to decline. Presently the major fiber flax producing countries are the countries of the former Soviet Union, Poland, and France. 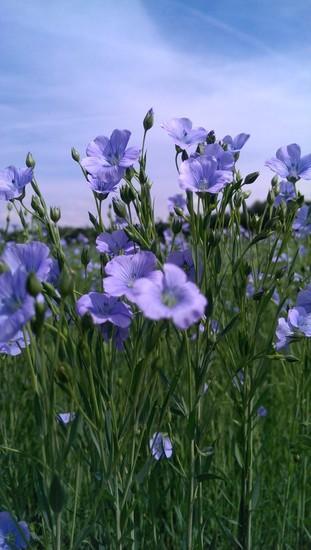